will be available in the United States on March 18, 2014, one day later than in the United Kingdom. It is being released on the Island label and is currently $15.45 on Amazon.

Symphonica is available on Amazon (see link above) and is also available as an import: 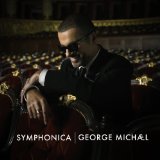 George Michael’s “Let Her Down Easy” video was released today.

It was directed by Vaughan Arnell whose credits include George Michael’s  video for “Outside” in 1998, plus videos for Robbie Williams, The Spice Girls and One Direction amongst others.

The video tells the story of a young circus performer, played by newcomer Hannah Janes, and her first love.

“Let Her Down Easy” is the first single from George Michael’s sixth solo album, Symphonica

, which will be released on March 17, 2014, by Virgin EMI/Universal Music Group.

Symphonica will be released as a standard 14-track CD, digital download and pure audio Blu-Ray, as well as a hardback deluxe 17-track CD edition.

George Michael teased his fans with a clip from his new “Let Her Down Easy” video today.

“Let Her Down Easy” was also played on British radio this morning. The new video will be released tomorrow, Tuesday, February 4, 2014.

Hannah Janes, the model in the video, was chosen from more than 3,000 people who auditioned.

If you can’t wait until tomorrow, here is the short clip from the video:

The lead single from Symphonica

, the new George Michael CD, will be “Let Her Down Easy,” a song originally sung by Terence Trent D’Arby.  It will be available digitally on March 17, 2014, and be accompanied by a video made by director Vaughan Arnell.

You can hear George Michael sing “Let Her Down Easy” from the Symphonica tour in the following Youtube video.

It will contain a mix of original compositions and covers, similar to sets George Michael performed on the Symphonica tour.

Symphonica will be released as a standard 14-track CD, digital download and pure audio Blu-Ray, as well as a hardback deluxe 17-track CD edition.

The Symphonica CD & Print Bundle can be pre-ordered on GeorgeMichael.com

All UK Customers that pre-order through the GeorgeMichael.com store will automatically be entered for a chance to win entry at a special screening of the Symphonica documentary.

Symphonica was produced by George Michael and Phil Ramone, who died in March. Ramone died of a brain aneurysm in March 2013, so this will mark the last of his work to be released.

George Michael recorded the album during the 2011-2012 Symphonica tour that was interrupted when he contracted life-threatening pneumonia.

Previously, George Michael posted a video on Youtube for Christmas. Now the official site has the message “March 2014,” along with the video clip of George Michael singing “You’ve Changed.”

It appears that we’re going to continue to get bits and pieces of the story.

George Michael has posted a video on Youtube for Christmas.

The video shows a photo of George Michael on stage, with the message:

It then has the closed red curtain, previously seen on his official site, while George sings “You’ve Changed.”

George Michael is not retiring, according to a representative.

As reported previously, George Michael’s site currently has a closed red curtain, with a note about exciting news in 2014.  This graphic caused a stir because some thought he was retiring.

A representative for George Michael told NME, “I do not understand where people are getting any of this from. Our team that deal with the website and fan club were just being creative when they blackened out the website and added a curtain. This is only to give space and time to make some really exciting news for 2014.”

“George Michael is in great shape and next year promises to be a lovely year musically for George, and all of his fans!”

Contact Music is also reporting that a representative said, “The curtains will reopen next year.”

The official George Michael site boasts “Exciting News Coming in 2014” and nothing else. Apparently, all other files have been deleted from the site.

Some media outlets are reporting that the only graphic on the page, a closed red curtain, alludes to George Michael’s retirement. However, I like to look at it as a closed curtain that is about to reopen with a new stage, new features, new songs, and new videos. Here’s hoping that I’m correct in this line of thinking.

George Michael has been getting some criticism about performing his new single, “White Light,” at the closing ceremonies for the Olympics. The media is having a field day with this.

For a man that nearly died and had a tracheotomy that could have destroyed his singing career, it was awesome to watch him perform in front of a worldwide audience for the first time after his near-death experience. I am only saddened that those of us in the U.S. watching the closing ceremony on NBC were not able to see the triumphant return of George Michael singing such a positive, life-affirming song … “White Light.”

Here is what George Michael told his Twitter audience today:

Morning everyone! Had a GREAT time at the closing! I hope you are not bothered by the press reports of my scandalous ‘promotion’ !!!

Please join me in telling them to fuck off ! It was my one chance on tv to thank you all for your loyalty and prayers, and I took it. X

And I don’t regret it. Xxxx

A spokesperson for George Michael said he chose “White Light” because the lyrics address his battle with pneumonia, and he thought the message of overcoming adversity fit the Olympic theme.

“White Light is about the fact he nearly died last year,” said the spokesperson.  “It’s the first song he wrote after it all happened and he wanted to perform it for fans as a celebration that he’s alive. It seemed quite appropriate.

“He doesn’t need to plug his new single — it was just nice for him to sing it. It’s a bit of a shame that it’s got this response because he was so excited to perform it.”

Organisers defended the choice of song choice, which they described as a   “collaboration” between Michael and Kim Gavin, the artistic director of the closing ceremony. “One of the themes of the ceremony was endurance and physical endeavour, and Kim decided this song was appropriate,” said a spokesperson.

More pictures and videos are available:

Hey everyone, how are you. Spending most of the next week rehearsing like crazy for the Olympic closing ceremony…

Obviously a bit nervous not having played for nearly a year, but rehearsals sounding great so far!”

The title of the ceremony is “A Symphony of British Music.” It will focus on the huge impact that Britain has had in music and will include some of today’s most well-known entertainers.

MSN has a behind-the-scenes look at George Michael’s new video for “White Light.” George is in the scenes but only talks at the very end.

George Michael revealed during his interview with Chris Evans on the BBC that he will release a new CD of new material this autumn.

Although he had planned to release a CD of songs from the Symphonica tour, he changed his mind when he realized how much material he had already written.  The new CD will be his first studio CD since Patience in 2004.

“Work dragged me out of my malaise,” George Michael told Chris Evans this morning. “When I wrote ‘White Light’, I realized I had the energy to finish an album this summer.

“I had planned on putting out a ‘Symphonica’ album this year, because I felt so bad for those people who were looking forward [to the axed tour due to illness].

“I already mixed most of that album, then I wrote ‘White Light’ unexpectedly. Muse, bless their hearts, they gave us this couple of weeks in the studio I always use. They went somewhere else.”

He continued: “I realized how many songs I had lying around [from when I came out of prison]. I realized that if I really put my back into it that I could get an album out for autumn and give people a new record a year earlier than expected.”

Of his new album, he said: “So far I’m thrilled with it. It’s the most directly commercial record I’ve made since Faith. It’s not necessarily my best, I think that Older is my favorite record.

“But the songs I’ve written in the last 20 years haven’t slapped you in the face with their hooks.”

He added: “I’m always terrified that people won’t think it’s as good as I do, but if I didn’t have that approach I wouldn’t do what I do.” 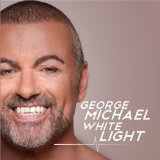 The MP3 for “White Light

” is currently available from Amazon and iTunes. (Thanks, Alan!)

George Michael has released a trailer for “White Light,” his newest single. The video was completed today and will be released online on Tuesday, July, 17. The video includes Kate Moss, and George told his Twitter followers, “Oh and by the way, in the video, a certain supermodel (our Kate) saves my life.”

“White Light” has four new remixes, all of which are available on George Michael’s YouTube channel.

In case you missed the premiere of “White Light” on Heart this morning, you can catch the lyric video of “White Light.”  The actual video has not been released yet.

Tune into Heart just after 8 a.m. on Friday morning to listen to George’s new single.

Hey everybody “White Light ” goes to radio on Friday, which is the 30th anniversary of Wham’s first chart entry at 105 pic.twitter.com/5Cx0ZFBb

You can listen to Heart live here.

George Michael will be releasing “White Light” to radio on June 29, 2012,—30 years to the day that “Wham Rap” entered the British Charts.

Most of my fans realise that I dreamed of a career as a singer/songwriter from an early age, but never in my wildest imaginings could I have known that I would still be here thirty years later, healthy, happy, and feeling that I still have so much more music to give. It is miraculous in so many ways. Fate has been so kind to me, as have the millions of people that that have bought records and come to see me play year after year since 1982.

George’s entire statement is available at the official site.

“White Light” will be available on Aegean Records through Island/Universal on August 12, 2012. It was written, arranged, and produced by George Michael  The track listing is as follows:

In related news, George Michael has asked Kate Moss to appear in the video for “White Light.” According to the Mirror, she was upset when she was not invited to be in the “Freedom ’90” video and so George has asked her to appear in a cameo role for the new video.